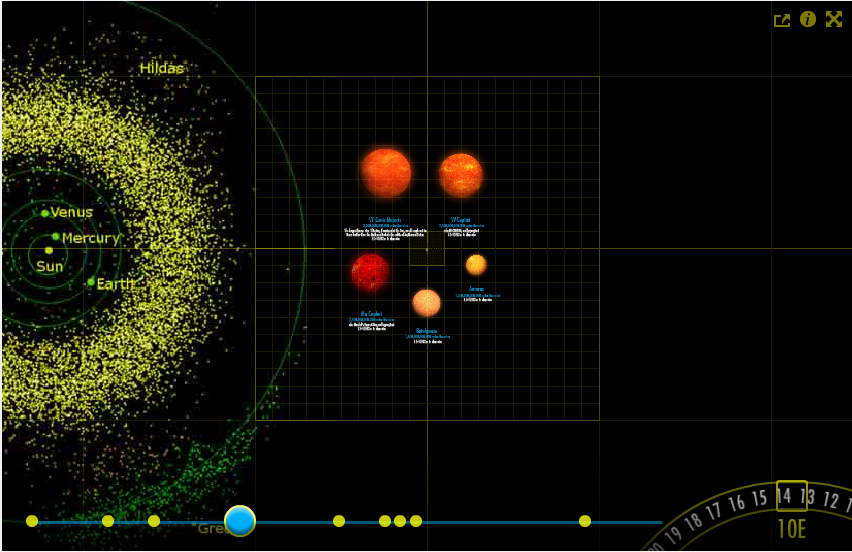 This interactive infographic from Number Sleuth accurately illustrates the scale of over 100 items within the observable universe ranging from galaxies to insects, nebulae and stars to molecules and atoms. Numerous hot points along the zoom slider allow for direct access to planets, animals, the hydrogen atom and more. As you scroll, a handy dial spins to show you your present magnification level.

While other sites have tried to magnify the universe, no one else has done so with real photographs and 3D renderings. To fully capture the awe of the vastly different sizes of the Pillars of Creation, Andromeda, the sun, elephants and HIV, you really need to see images, not just illustrations of these items. Stunningly enough, the Cat's Eye Nebula is surprising similar to coated vesicles, showing that even though the nebula is more than 40,000,000,000,000,000,000,000 times larger, many things are similar in our universe.