Shape of the Universe

About Shape of the Universe 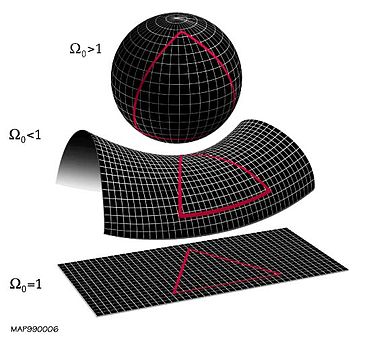 General relativity describes how spacetime is curved and bent by mass and energy.

An important parameter determining the future evolution of the Universe theory is the density parameter, Omega (?), defined as the average matter density of the universe divided by a critical value of that density. This selects one of three possible geometries depending on whether ? is equal to, less than, or greater than 1. These are called, respectively, the flat, open and closed universes.