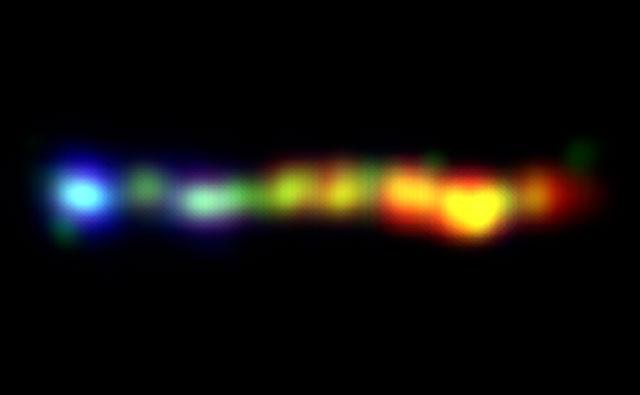 Mysterious objects emitting radio waves were first identified in 1963 by radio astronomers who called them quasi-stellar radio sources, or quasars. Their origin was debated for a long time, but quasars are now thought to be extremely bright discs of matter swirling around supermassive black holes at the centres of distant galaxies.

Quasars are often so bright that they drown out any light from the galaxies surrounding them, giving them a star-like appearance from our perspective on Earth.