About Origin of mater 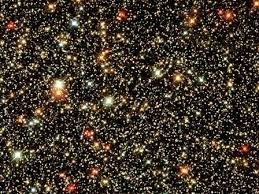 Mysterious Origin of Matter Possibly Solved. Scientists may have finally solved the mysterious origin of matter in the Universe, something that had puzzled physicists for many years, according to a new study. The physics of the world are made up of two types of particles: matter and antimatter.

For decades, scientists have puzzled over one of the central, most essential mysteries of physics: Where did all the stuff that makes up the universe come from?

Now researchers at the University of California at Los Angeles think they have an explanation, which they describe in the journal Physical Review Letters this month. Based on observations of the Higgs boson field at Switzerland’s Large Hadron Collider, the paper is fairly impenetrable for the lay reader — even the abstract contains few words with less than four syllables.

But the gist of their theory is simple, even poetic: The conditions of the early universe were biased toward creating something out of nothing.

To develop this explanation, study authors Alexander Kusenko, Lauren Pearce and Louis Yang had to delve deep into the universe’s origins: roughly 1 decillionth of a second after the Big Bang. In this period, termed “inflation,” particles (the most basic ingredient of everything in the universe) and anti-particles (the opposite of all that) co-existed in a rapidly expanding “hot soup.” The two could switch identities (in other words, anti-particles could turn into particles and vice-versa), but the laws of physics applied equally both, meaning they were created in perfect proportion.

Shortly after inflation, the universe’s growth slowed and the two kinds of particles (which are perfectly opposed in mass and charge and effectively cancel each other out) began colliding and annihilating one another. The battle would have swiftly ended in the elimination of all forms of particles — a kind of cosmic mutually assured destruction — if not for one tiny, unexplained asymmetry in the size of their forces: For every 10 billion anti-particles, there were 10 billion particles — plus one. That marginal imbalance meant that matter was the last man standing, leading to the creation of the elements, stars, solar systems, planet Earth and every person on it.

Scientists have long known about this ancient asymmetry, but were unsure about what caused it. Many of the proposed theories were complex and unwieldy, requiring the existence of new kinds of particles or new laws of physics.

By comparison, Kusenko described his theory as “economical.”

“This one is appealing because it doesn’t require too many ingredients,” he said in a phone interview with The Washington Post.

Instead, Kusenko relied on data from the Nobel Prize-winning research into the Higgs boson — an elusive so-called “God particle” that allows for the existence of pretty much everything else in the universe. The Higgs emits a field that imbues other particles with mass, giving substance to the stuff that makes up the universe. The strength of this field impacts the way it interacts with particles.

Using observations of the Higgs boson’s mass, Kusenko calculated that the Higgs field’s average strength (also called its “value”) increased enormously during inflation, but decreased rather slowly during the subsequent deceleration in universe’s growth. This meant that the Higgs field still had a high value as particles and anti-particles were colliding and annihilating one another.

Kusenko and his team calculated that this high value must have affected the way the Higgs field imbued mass.

“The energy levels were biased,” he explained. “It costs a little bit more energy to have anti-particles in this soup of primoridal plasma than it does to have particles.”

Anti-particles began turning into particles, since they were ever-so-slightly more efficient. By the time the Higgs field returned to its normal strength — a phenomenon called “relaxation” — there were marginally more particles than anti-particles. The anti-particles annihilated what they could, but a few particles remained — the origin of all matter that has existed since.

All of this change happened in far less than a second, but it dramatically impacted what our universe looked like. When particles and anti-particles collide, they create a flash of light and nothing else. Had the two forces been perfectly matched, the universe would have been nothing but a flash in the pan.

“It would be a very dark and empty place, and you and I wouldn’t be around to observe it,” Kusenko said.

Instead, it became chock full of stuff — first atoms, then stars, then everything else. There is almost no anti-matter in existence — any anti-particles that get created through collisions of cosmic rays are swiftly dispatched by one of the many, many particles zooming about.

Kusenko’s theory is still only a theory, one of many that have been floated regarding the particle/anti-particle asymmetry. But in a commentary published alongside Kusenko’s paper, Physical Review Letters editor Robert Garisto said that the model was “appealing” for its simplicity.

To corroborate his claims, Kusenko hopes to find physical evidence that the Higgs field’s value fluctuated during inflation and relaxation, which would provide firmer evidence that the field was biased toward particle creation.