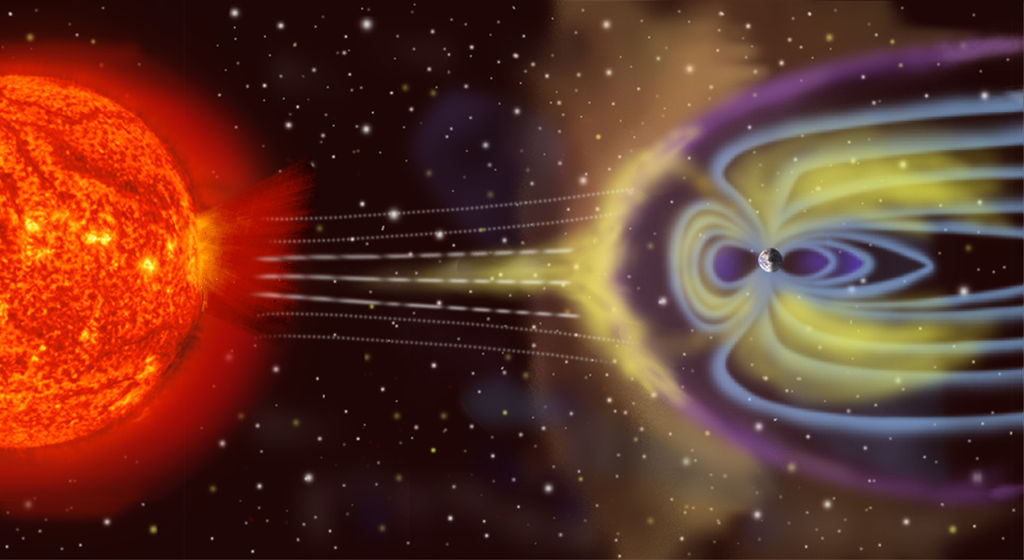 Natural defenses against space weather, such as the magnetosphere depicted in this artistic rendition, may be required for planets to sustain surface water for prolonged periods.