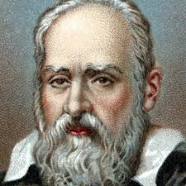 Born on February 15, 1564, in Pisa, Italy, Galileo Galilei was a mathematics professor who made pioneering observations of nature with long-lasting implications for the study of physics. He also constructed a telescope and supported the Copernican theory, which supports a sun-centered solar system. Galileo was accused twice of heresy by the church for his beliefs, and wrote books on his ideas. He died in Arcetri, Italy, on January 8, 1642.