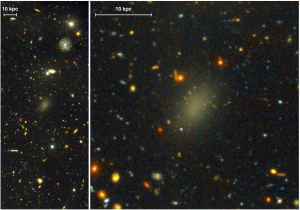 Roughly 80 percent of the mass of the universe is made up of material that scientists cannot directly observe. Known as dark matter, this bizarre ingredient does not emit light or energy. So why do scientists think it dominates?

Studies of other galaxies in the 1950s first indicated that the universe contained more matter than seen by the naked eye. Support for dark matter has grown, and although no solid direct evidence of dark matter has been detected, there have been strong possibilities in recent years.