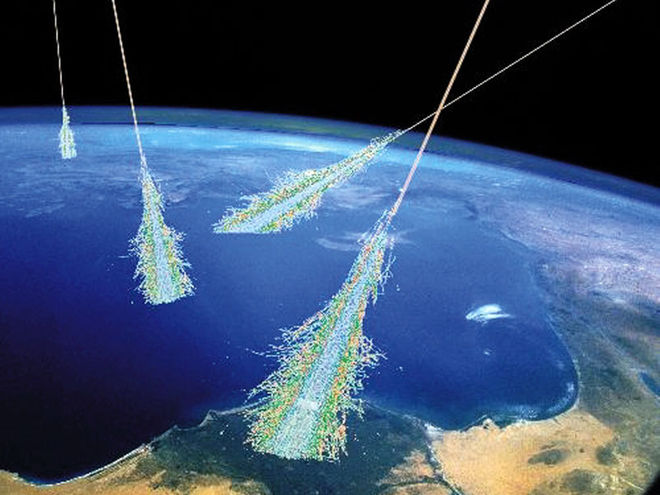 Upon impact with the Earth's atmosphere, cosmic rays can produce showers of secondary particles that sometimes reach the surface. Composed primarily of high-energy protons and atomic nuclei, they are of mysterious origin.

Data from the Fermi space telescope (2013) have been interpreted as evidence that a significant fraction of primary cosmic rays originate from the supernovae explosions of stars.